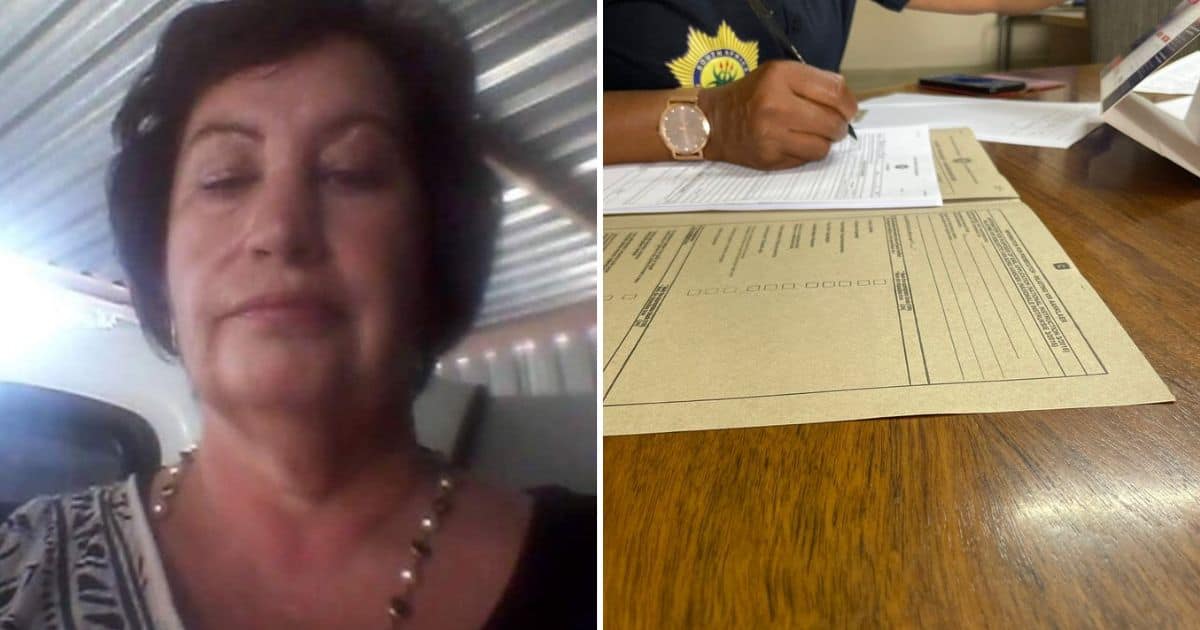 Image: @LesufiSource: TwitterJOHANNESBURG - The police have arrested Belinda Magor, who made racist remarks about black men and women in a leaked WhatsApp rant. In the exposed voice note, she replied in a group chat, "Pit bulls be my voice, " advocating for the dogs to be protected. Magor furiously said that black men are the ones that should be banned because of the crimes they commit and black women should have their uteruses removed to stop them from procreating. Mzansi's comments on the arrest:@NalaThokozane said:"Words of appreciation to all involved in the arrest of the racist Belinda Magor. Politicians steal billions of taxes and waste the rest, people are sabotaging Eskom daily, and the law is so quick on an old useless racist woman.
Continue reading...

PRETORIA - The attempted murder case against a South African National Defence Force soldier has been delayed once again after the soldier’s attorney was a no-show in the Pretoria Magistrate’s Court on Tuesday, 10 January. The attempted murder trial against an SANDF soldier has been postponed yet again. Image: RAJESH JANTILAL & stock imageSource: Getty ImagesAccording to the charge sheet, the 45-year-old soldier is accused of knowingly infecting his ex-partner, a corporal in the SA Air Force, with HIV. The man has pleaded not guilty to the charge of attempted murder. South Africans react to the soldier’s delayed attempted murder trialYamkela Mavela demanded:“After he has been found guilty, the victim must go to civil court and sue him for damages and pain and suffering!

The Fall and Rise of Katlego Maboe in 2022: From Cheating Scandal to Presenting ‘Tropika Island of Treasure’

Widow Whose Soulmate Was Killed by Drunken BMW Driver Wants Closure: “Look Me in the Eyes and Say I Apologies”

JOHANNESBURG - A woman whose husband was killed when a drunk driver struck him wants the man to apologise for taking her soulmate away. A widow who lost her husband to a drunk driver struggles to find closure and wants her husband's alleged killer to apologise. Image: Stock photoSource: Getty ImagesBernice Preston was at the Randburg Magistrate's Court on Tuesday, 25 October, where she faced her husband's killer. Meanwhile, all the widow and mother of two wants is an earnest apology from her husband's alleged killer. Bernice says she wants Davani to face up to what he did.

A 49 -year-old man gets life imprisonment for killing his girlfriend. Image: Charles O'Rear and Anuwat SomhanSource: Getty ImagesMPUMALANGA - A 49-year-old man got a life sentence from the Middelburg High Court for killing his girlfriend on 29 September 2020. Dominic Eto'o Princy Baloyi mentioned:"We will still witness such cases until the death penalty is reimplemented. A life sentence in prison benefitting from our tax ain't enough." Jeffrey Godide said:"Fellow Compatriots join the death penalty amendment campaigns! "

Spotify says Kanye West's music will stay on the streaming platform after his hateful comments. Image: Edward Berthelot and Paras GriffinSource: Getty ImagesMusic company Spotify has decided to continue streaming Kanye West's music on their platform after his recent anti-semitic comments posted on his Twitter page. The co-founder further added that Kanye's antisemitic comments were not made in his songs thus the rapper did not violate the hate speech policies. “It is just his music, and his music doesn’t violate our policy. Kanye West faces huge backlash over anti-semitic comments: Doccie, talent agency, attorney & others drop starBriefly News recently reported that Kanye West faces a huge backlash over his anti-Semitic comments.

'Acute threats' from Russia, but China is main challenge: US military

Russia's invasion of Ukraine highlights the "acute threats" posed by Moscow, but China is the most consequential challenge for the United States, the US military said in a statement of its overall strategy released on Thursday. China "presents the most consequential and systemic challenge, while Russia poses acute threats -- both to vital US national interests abroad and to the homeland," the unclassified version of the National Defense Strategy said. As for Russia, it says the threat posed by Moscow has been "demonstrated most recently by Russia's unprovoked further invasion of Ukraine. "Any nuclear attack by North Korea against the United States or its Allies and partners is unacceptable and will result in the end of that regime. It also comes amid heightened tensions over China's stated intention to absorb Taiwan possibly by military force, as the United States continues to supply arms and give political support to the self-governed island.