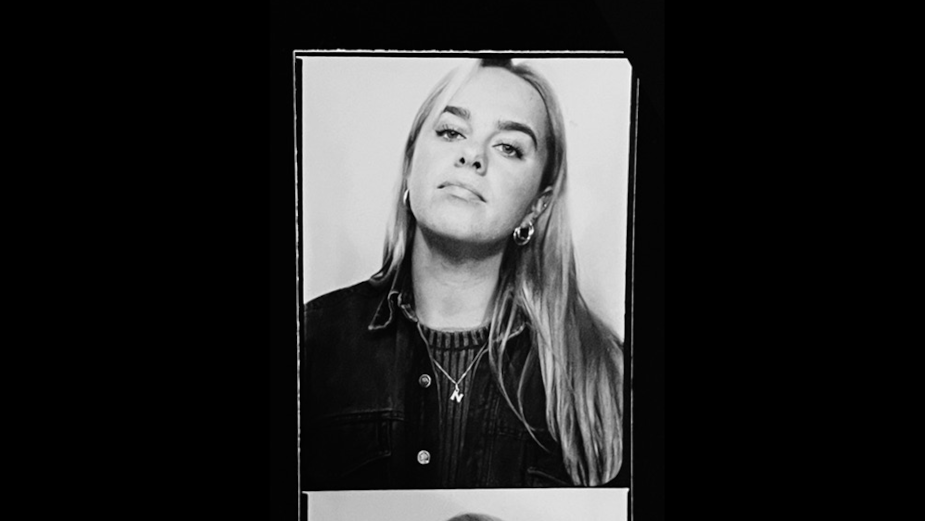 Swedish director Nicolina Knapp’s passion for photography and moving image intertwines with her unmistakable vision and deep curiosity – often for the ineffable. Nicolina> The memorable scripts are the ones that are confident in what they want to achieve and/or clear in where they need my input and imagination. And of course, not only the bold ones are the good ones. Nicolina> Commercial directors have such different backgrounds and skills which is something I think we should embrace and encourage, not lose sense of. Nicolina> Home with you - Choreography PieceWhat I love about the film is the simplicity of its execution.
Continue reading...

DENTSU CREATIVE UK’s talent management and influencer marketing practice, Gleam Futures, has hired Sky’s group director of influencers, Melanie Kentish. As managing partner, Kentish will now be responsible for taking the industry leader forward into the next phase of its evolution, growing its global reach and impact as part of DENTSU CREATIVE. She will report to DENTSU CREATIVE UK president, Rowan Manning. Together they will drive forward its mission to work with creators and brands to be a positive influence in society. Rowan Manning, president of DENTSU CREATIVE UK said: “We are on a new and very important mission, and I couldn’t be more delighted that the indomitable Melanie and Katie have joined us to accelerate that evolution.

Pepsi MAX has revealed one of the most exciting, generational talents and reigning UEFA Champions League winner, Vini Jr as its latest brand ambassador. The announcement comes as Pepsi MAX unveils a new fashion collection, created by football culture brand Art of Football. Bringing his own style and passion to the collaboration, Vini Jr is the face of the campaign for the new Pepsi X AoF capsule, marking the start of an exciting partnership with Pepsi MAX. Now, here I am today working with Pepsi MAX to bring this amazing fashion collection to life – how cool is that?! Gustavo Reyna, Pepsi’s senior director of global marketing, “We are delighted to be welcoming Vini, Jr to the Pepsi MAX squad.

United Airlines Lands in Sydney with Good in Its Heart

Good Leads The Way was developed with agency partner 72andSunny and launched in the United States in May of this year. Furthermore, United will add more flight frequencies between Sydney and Houston, and Melbourne and Los Angeles in December. By the end of 2022, United will provide customers in Australia with more than 40 weekly nonstop flights connecting Australia’s three airports – Brisbane, Melbourne, Sydney – to the United States. Partnership with Virgin AustraliaEarlier this year United and Virgin Australia launched a new codeshare and frequent flyer relationship that enhances the travel experience between Australia and the Americas. When curating United Polaris amenities, United put a strong emphasis on providing comfort and creating the right environment for restful sleep.

Sustaining Long-Term Innovation: Why Thought Leadership is More Important Than Ever

Thought leadership can become your lighthouse in the storm of disruption, by both grounding your innovation efforts in long-term goals, and also helping you strategically embrace change. For sustained impact, innovation requires the guiding light of thought leadership to ensure that you’re innovating with a purpose, instead of grabbing onto the trend du jour. At Spiro, we call this type of thought leadership - what our n•Spiro™ program offers - that which gives a competitive edge through pan-industrial intelligence. Beki Winchel is the director, thought leadership and innovation for Spiro, the global brand experience agency for the NEW NOW™. Her focus is on building content and community through n•Spiro™, Spiro’s thought leadership program and beyond.

Save the Last Dance for Me

Bob Dylan’s new book, The Philosophy of Modern Song, is dedicated to Doc Pomus. His songs have been recorded by such artists as Elvis Presley, Ray Charles, Dolly Parton, Andy Williams, Lorraine Ellison, Emmylou Harris and even Michael Buble. Around this time, Doc began writing songs himself (as well as articles for music magazines in the city). Save the Last Dance for me combines a gorgeous Mort Schuman melody with a gut-wrenching and heart-breaking Doc Pomus lyric. Somewhat ironically, it has become a popular first dance song at weddings; been covered over three hundred times by other artists, and appeared in sync placements in film and TV, including The Big Wedding, starring Robert DeNiro and Dianne Keaton.

Common People Films have recently produced the latest promo for TikTok sensations Piri & Tommy ‘On & On’ directed by the very talented Deadhorses. A directing duo from North London, Deadhorses specialise in stylistically driven, hyperreal, music videos and commercials. With a keen eye for the morbid and surreal, their vibrant catalogue stands out for its kinetic pacing and detailed narratives. Pitched as a gen-z Alice in Wonderland, the narrative revolves around P&T accidentally eating psychedelic frog filled hot-dogs at a backyard BBQ in a fabricated nuke-town. We feel their “on trend” style is easily transferable to brand work, appeals to a younger audience and is really exciting.”