NYT Condemns Kids' Tattoos While Waffling on Puberty Blocker Use 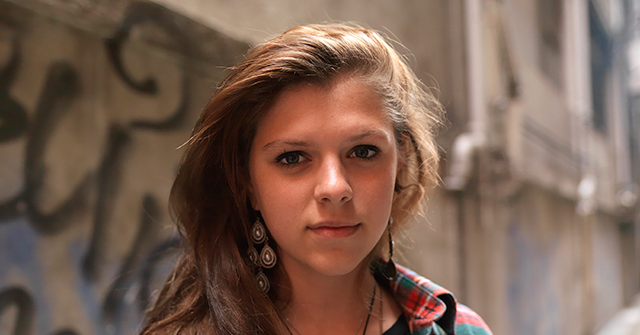 The New York Times (NYT) expressed its disapproval for tattoos for children, but waffled on puberty blocker treatments on so-called “transgender” kids despite long-term consequences. But a loss in bone density is just one of the negative health outcomes that may result from puberty blocker use. Puberty blocker companies such as AbbVie and Endo Pharmaceuticals have made a concerted effort to normalize child transgenderism, which could increase the demand for their products. A thread on the organization pushing child transgenderism in media and their sponsor, a pharma company that's under investigation for selling puberty blockers. Meanwhile, AbbVie gave nearly $100,000 to the Endocrine Society, which recommends puberty blockers for youth who experience gender dysphoria.
Continue reading...

A fired-up Zimbabwe plan to cause “as much damage” as possible in the Twenty20 World Cup Super 12 after making the grade for the first time, led by a coach who knows what success tastes like. Houghton was appointed for his second stint as national coach in July, a week before the World Cup qualifying tournament in Bulawayo. We got ahead and won five of those games, and they were as pressurised as any game because each game was like a cup final,” he said late Friday. “So we had some sort of experience of playing a game with as much on it as this one (against Scotland). “I did say to the guys when we left home, ‘it’s nice we qualified to get here, but that’s not our main objective’.

More Arrests in Leicester as Muslim and Hindu Violence Continues

Police have continued making arrests following a bout of sectarian violence between the Muslim and Hindu communities in the multicultural English city of Leicester. “I’d like to take this opportunity to ask – again – to not share unverified and unchecked information on social media. Our diversity is what makes Leicester special. The Council of Faiths (LCOF) in Leicester said that footage of the violence posted on social media was being used to “paint a negative picture of Leicester” and to “divide our communities”. Anglican deacon and GB News host Calvin Robinson disagreed saying: “Social media isn’t to blame; the problem is insufficient integration and mass immigration!” adding that the UK needs to “stop importing foreign drama”.

Virat Kohli was lost for words as his unbeaten 82 took India to a stunning last-ball win against Pakistan in the T20 World Cup on Sunday after Sri Lanka had earlier strolled to a nine-wicket victory over Ireland. India still needed 60 off the last five overs, which was reduced to an unlikely 28 with only eight balls remaining. Asian champions Sri Lanka restricted Ireland to 128-8 which they strolled past with five overs to spare. Mendis, a wicketkeeper-batsman, smashed five fours and three sixes in an unbeaten stand with Charith Asalanka, who made 31, to hand Sri Lanka two points with a good net run-rate. Ireland face the in-form England next in Melbourne on Wednesday, while Sri Lanka will take on Australia, who lost their opening match to New Zealand, in Perth on Tuesday.

Russian Defense Minister Sergei Shoigu made the allegations in phone calls with his counterparts from the United States, Britain, France and Turkey. Russia’s defense ministry said Shoigu voiced concern about “possible Ukrainian provocations involving a ‘dirty bomb,’” a device that uses explosives to scatter radioactive waste. Russian authorities repeatedly have made allegations that Ukraine could detonate a dirty bomb in a false flag attack and blame it on Moscow. British Defense Secretary Ben Wallace strongly rejected Shoigu’s claim and warned Moscow against using it as a pretext for escalation. The mention of the dirty bomb threat in Shoigu’s calls seemed to indicate the threat of such an attack has risen to an unprecedented level.

Oct. 23 (UPI) — The United States and several of its democratic allies urged Russia against escalating the war in Ukraine on false pretenses after Moscow’s ministry of defense informed them that Kyiv was preparing to use a so-called dirty bomb within its borders. The United States, Britain and France said in a joint statement that their defense ministers each spoke with their Russian counterpart, Sergei Shoigu, on Sunday at his request and rejected his “transparently false” allegations that Ukraine was preparing to use a dirty bomb. The allies warned “[t]he world would see through any attempt to use this allegation as a pretext for escalation.”“We further reject any pretext for escalation by Russia,” they said. The statement was issued after Shoigu said he had spoken with his U.S., British, French and Turkish counterparts to convey “possible Ukrainian provocations with the use of a ‘dirty bomb,'” Moscow’s foreign ministry said. A dirty bomb is a mixture of conventional explosives with radioactive powder or pellets, which when detonated scatters radioactive material throughout the surrounding area, according to the U.S. Centers for Disease Control and Prevention.

In the world’s biggest political party — which counts 96 million active members — women have never held much power, and now hold even less. It is a far cry from Communist Party forefather Mao Zedong’s pledge that “women hold up half the sky”. “The Chinese Communist Party’s commitment to women’s rights I think is more like a commitment to advance women’s economic rights,” said Minglu Chen, a senior lecturer at the University of Sydney. “It’s really about: ‘women should join the paid labour force’.”Chen added that the Communist Party is by nature a masculine and patriarchal institution, from its roots as a social movement to today. Even though women make up about 29 percent of the total Communist Party membership, vanishingly few of them manage to ascend from grassroots positions.