Leonid Meteor Shower to Peak This Week! Here’s All You Need to Know About These Fireballs 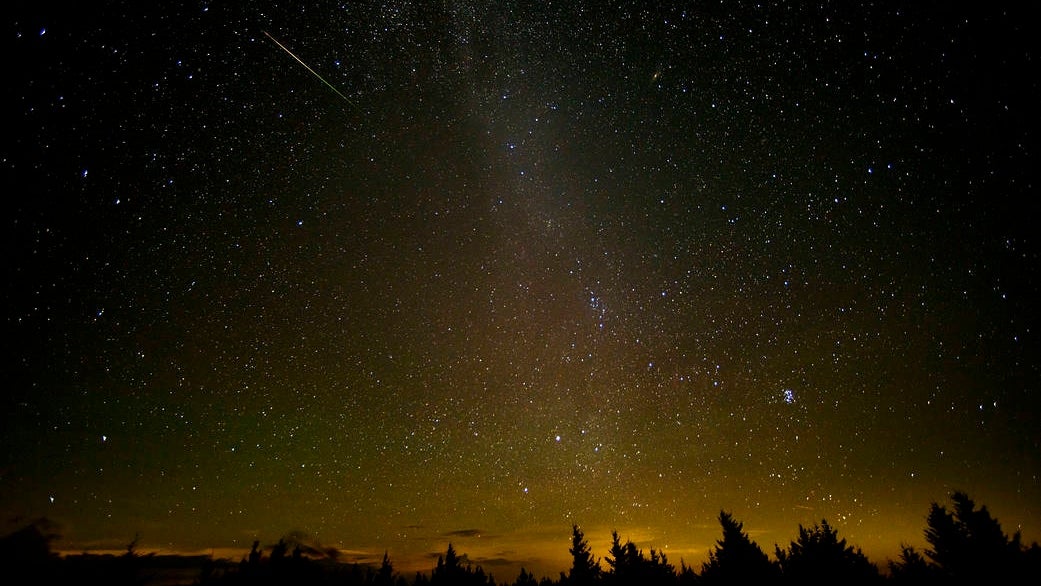 16 days ago The Weather Channel

Meteor Shower (NASA/Bill Ingalls)For sky gazers, November is a gift that keeps on giving, with not one but three meteor showers in store for the month! However, the meteor showers will peak on November 17-18, and below, we talk more about the Leonids and how to best view them. What are the Leonid meteor showers? Triggered by the rubble left behind by the Tempel-Tuttle comet interacting with the Earth's atmosphere, they are among the most popular meteor showers around the world, and also one of the fastest with an average velocity of 71km/s. Fireballs are derived from large debris from comets and can persist longer than an average meteor streak.
Continue reading...

Read On "The Weather Channel"

More News On "The Weather Channel"

Multiple estimates in the past suggested that the severe air pollution over the Indo-Gangetic Plains (IGP), including the Delhi-NCR, causes millions of premature deaths every year. Now, a new study says we might not have to be as paranoid as we are about the death risks associated with air pollution in India! Estimates from studies in reputed journals like The Lancet also attributed up to 23.5 lakh premature deaths per year to air pollution. Million Death Study shows unusual resultsWhen scientists processed input from the Million Death Study — one of the world's most extensive studies of premature mortality using real-world historical data — they found that we might have been jumping to alarming conclusions a little too soon. "Air pollution worsens child lung health and lowers the quality of life, and that is sufficient justification to act."

Brightest of All Time: Astronomers Detect the Most Powerful Gamma Ray Burst Ever!

The most powerful gamma-ray burst ever seen was recorded recently, and the aftermath looks a lot like the colourful fireworks that will paint the skies during this festive season. An unprecedented influx of X-rays and gamma rays breached our solar system on October 9, leaving astronomers across the world dumbstruck. And as we dive into the nitty-gritties of the event, let's first try and unwrap the story behind this colossal explosion. Capturing B.O.A.TThe celestial explosion was first detected by multiple X-ray and gamma-ray space telescopes, including NASA's Fermi Gamma-ray Space Telescope, Neil Gehrels Swift Observatory, and the Wind spacecraft. **For weather, science, space, and COVID-19 updates on the go, download The Weather Channel App (on Android and iOS store).

Be an Empathetic Pet Parent; Follow These 10 Tips to Reduce Your Pet’s Stress this Diwali Season!

Representational image (SL Shanth Kumar/BCCL Mumbai)If you've owned a pet or known a pet owner, you're fully aware of the horrors these animals face during Diwali. Ensure food and water accessKeeping your pets hydrated can help reduce their anxiety, so ensure you have plenty of water in the room you leave them in. Anti-anxiety medicineDogs and other animals feel anxiety in the same way we do. Exercise and entertainmentAdvertisement Many dogs and other pets require at least an hour of exercise every day, barring which they can begin to feel stressed. Compression productsSome compression shirts and jackets, or even a weighted blanket, can help pets feel like they're being swaddled as a baby.

The real-time Air Quality Index Dashboard says that the Particulate Matter 2.5 (PM2.5) concentration is 41 in Ahmedabad city, 2.7 times above the recommended limit set by the World Health Organisation's 24-hour air quality guidelines. The report recorded that the PM10 concentration ranged from 117 to 233 micrograms/cubic per meter against the standard norm of 100. The CAG was dissatisfied with the Gujarat Pollution Control Board (GPCB) for not installing enough air monitoring equipment. Even in industrial areas, the GPCB is not strictly monitoring the Ambient Air Quality. The road construction is of poor quality, because of which dust keeps flying in the air.

Bird Buddy Puts Your Backyard Birds on Your Phone

The Bird Buddy may look like an ordinary bird feeder, but a built-in camera catches all the bird activity in your yard and sends it right to your phone. In fact, Bird Buddy is creating the world's largest monitoring network for birds, producing data sets for scientists to support conservation efforts. All you need is a Bird Buddy, a WiFi connection, and a mobile device. Advertisement As a bird feeder, the Bird Buddy helps bring all the birds to your yard, but once they land on the feeder perch, you get a personal bird photo session, too. Fortunately, Bird Buddy has reopened orders on a limited basis so others can get in on the fun.

This Week in Tech News: 10 Stories You Need to See

A roundup of the week's most newsworthy technology industry press releases from PR NewswireNEW YORK, Oct. 28, 2022 -- With thousands of press releases published each week, it can be difficult to keep up with everything on PR Newswire. To help journalists covering the business technology industry stay on top of the week's most newsworthy and popular releases, here's a roundup of stories from the week that shouldn't be missed. The list below includes the headline (with a link to the full text) and an excerpt from each story. Click on the press release headlines to access accompanying multimedia assets that are available for download.

1 month ago The Auto Channel