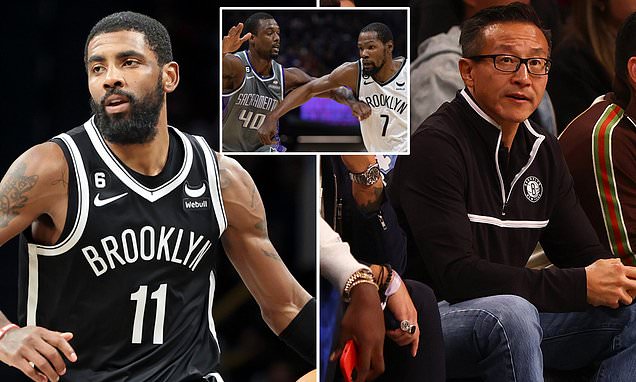 Kyrie Irving is expected to make his comeback from suspension against the Memphis Grizzlies on Sunday, according to the reports. Kyrie Irving could reportedly make his Brooklyn Nets comeback from suspension on SundayThe report claims Irving will remain out and miss his eighth game in a row when the Nets face the Portland Trail Blazers on Thursday. After posting the Amazon link to the film on Twitter, Irving quarreled with media, telling reporters 'I'm not going to stand down on anything that I believe in.' After days of competing statements from Irving, the Nets, Tsai, and Silver, the club suspended the All-Star for at least five games. While Tsai told The Post on Saturday: 'He still has work to do.
Continue reading...