Glover Teixeira On His Fighting Future, 'I Feel Like I'm In My Prime' 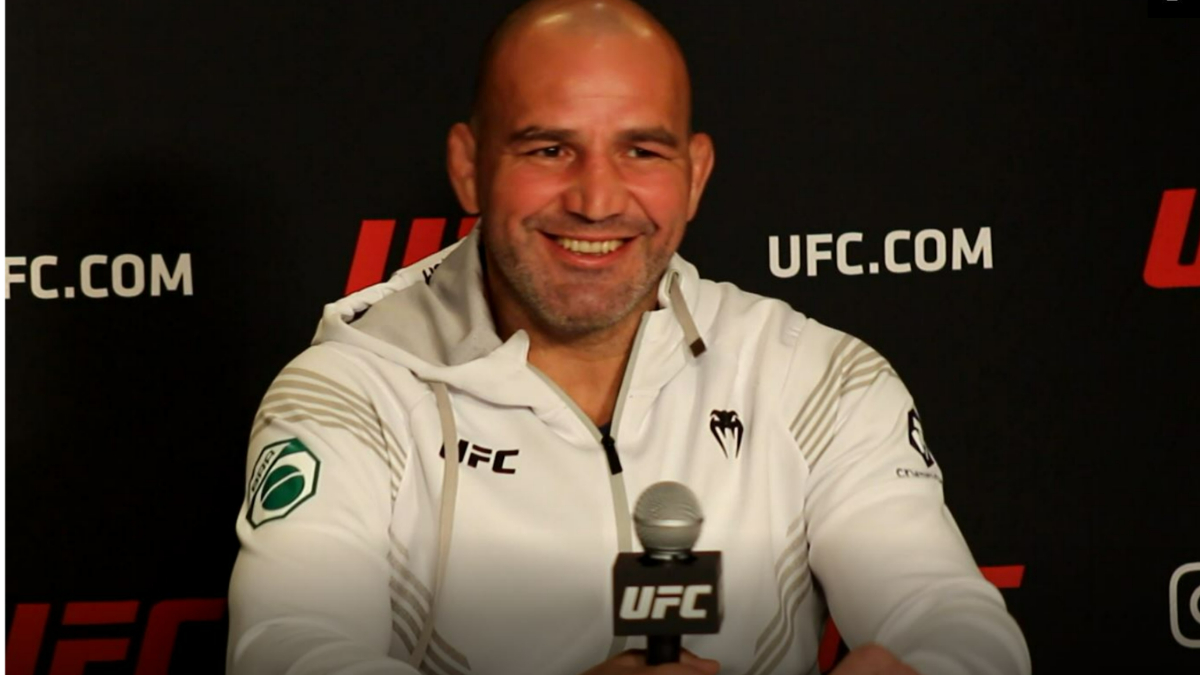 Glover Teixeira may be 43 but he feels like he is in his prime fighting condition. Former champ, Glover Teixeira will be taking on Jamahal Hill with the hopes of reclaiming his lost title. He can see that his time inside the cage is limited but admits that he feels better than ever. So because right now I’m just having fun, like I even joke yesterday, I say I’m in my prime man. Because I feel at an older age I’ve been fighting better because I can calm myself better.
Continue reading...

McKee talked about the $100k handmade samurai suit he rocked on his Bellator vs. Rizin entrance“Mercenary” is eyeing to become a champion again this yearA.J. McKee ensured his MMA debut in Japan will be as epic as possible. By that, the former Bellator featherweight king meant he wouldn’t mind splurging $100K on a handmade samurai suit for a grand entrance in his Bellator vs. Rizin bout against Roberto de Souza. “So there’s this place where you can go purchase them,” McKee told MMA Junkie. He made it clear that he wants a lightweight title fight with Usman Nurmagomedov at Bellator Grand Prix.

Both title fights on the UFC 280 fight card are now official. The most anticipated fight card of the year is now just a few hours away. Many times fighters will miss weight and as we saw with UFC 279, sometimes fights can get shuffled around. Charles Oliveira and Islam Makhachev have made weight for their #UFC280 lightweight title fight. #UFC280 | Saturday, 7PM | BT Sport Box Office pic.twitter.com/AHVg2SuxEQ — UFC on BT Sport (@btsportufc) October 21, 2022The full weigh-in results for the UFC 280 fight card are as follows (per MMA Junkie)MAIN CARD (Pay-per-view, 2 p.m.

Charles Oliveira Hunting For First Round Knockout at UFC 280; ‘I Feel They Disrespected Me’

Charles Oliveira will look to recapture the UFC lightweight title this Saturday at UFC 280 when the promotion returns to Etihad Arena in Abu Dhabi. Oliveira first captured gold at UFC 262 in May 2021, defeating Michael Chandler via knockout in the second round of their highly-entertaining affair. One year later, ‘Do Bronx’ found himself stripped of the UFC title after a botched weigh-in ahead of his scheduled UFC 274 main event with Justin Gaethje. Since the announcement of the eagerly-awaited showdown, Islam Makhachev and his camp, including Nurmagomedov and manager Ali Abdelaziz, have been taking verbal jabs at Charles Oliveira. I feel they disrespected me in that sense.”Charles Oliveira Plans to Hunt Down Islam Makhachev in Round 1With the perceived disrespect received by Islam Makhachev and his camp, Cormier asked Oliveira if he harbors any animosity towards his UFC 280 opponent.

Floyd Mayweather took on YouTube sensation Deji Olatunji in an exhibition boxing match Sunday afternoon at Coca-Cola Arena in Dubai, United Arab Emirates. Floyd Mayweather vs. DejiRound 1: Mayweather comes out with his hands down. Deji lands a jab, Nice jab to the body by Deji. Mayweather Lands right hand uppercut combination and follows up with multiple strikes to call a stop to the fight. Official result: Floyd Mayweather defeated Deji via TKO in Round 6.

Boxing legend Manny Pacquiao returned to the boxing ring on Saturday night against South Korean martial artist DK Yoo. Pacquiao delivers another followed by a right hand that lands for Pacquiao. Yoo counters with a solid left and Pacquiao delivers a beautiful left to the body of Yoo. Yoo goes after Pacquiao, looking to get back into the fight, but Pacquaio drops another bomb on Yoo followed by a flurry by Pacquiao that once again drops Yoo. DK Yoo via unanimous decisionCheck Out Highlights From Manny Pacquiao vs. DK Yoo Below:

Controversial social media figure Andrew Tate has been arrested in Romania alongside his brother Tristan Tate and two others in connection with the abduction of two girls and potential ties to human trafficking. The arrest comes one day after Andrew Tate engaged in a heated exchange with 19-year-old Swedish activist Greta Thunberg on Twitter. Determined to get the last word in a game, Tate crafted a lengthy response that ultimately led Romanian authorities to him. Romanian authorities needed proof that Andrew Tate was in the country so they reportedly used his social media posts. His ridiculous video yesterday featured a pizza from a Romanian pizza chain, Jerry's Pizza, confirming he was in the country.

Former UFC strawweight champion Jessica Andrade is looking for another shot at gold. Round 3Lauren Murphy comes out still trying to work her way inside, but Jessica Andrade quickly stuns her with a right hand. Andrade lands a single leg as Murphy attempts to defend by threatening a kimura. Official Result: Jessica Andrade def. Lauren Murphy via unanimous decision (30-25, 30-25, 30-26)Check Out Highlights From Lauren Murphy vs. Jessica Andrade at UFC 283Inexplicably we go the distance here, with another dominant performance clocked in by 🇧🇷 @JessicaMMAPro!