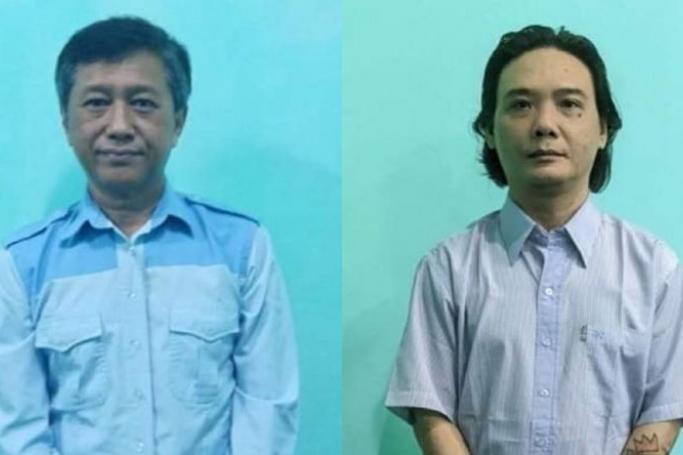 At least 24 people died after Cyclone Sitrang slammed into Bangladesh, forcing the evacuation of about a million people from their homes, officials said Tuesday. Sitrang made landfall in southern Bangladesh late Monday but authorities managed to get about a million people to safety before the monster weather system hit. "Strong wind flipped the dredger and it sank instantly in the Bay of Bengal," he told AFP, adding that divers were searching for survivors. In some cases police had to cajole villagers who were reluctant to abandon their homes, officials said. Cyclone Amphan, the second "super cyclone" recorded over the Bay of Bengal, killed more than 100 people in Bangladesh and India and affected millions when it hit in 2020.

Rohingya refugee Noor Kamal found a sympathetic welcome in Bangladesh when he fled the soldiers rampaging through his village -- but five years later, the hostility he now faces has left him pondering a dangerous return home. Last month, Prime Minister Sheikh Hasina said the Rohingya camps had become both a deep burden on her country's economy and a threat to its political stability. - 'Bringing shame to Bangladesh' -Resentment is widespread among Bangladeshis living near the camps, who say the Rohingya have outstayed their welcome. Another local media headline likened the presence of the Rohingya to a "cancerous tumour". "Out of a million people, there are a handful of bad apples, but that doesn't justify calling the entire refugee community criminal," Rohingya refugee Abdul Mannan told AFP.

Chinese President Xi Jinping was poised Sunday to secure a historic third term in power, cementing his position as the nation's most influential leader since founder Mao Zedong. The frail-looking 79-year-old seemed reluctant to leave the front row where he was sitting next to Xi. The Standing Committee is then expected to be unveiled to foreign and domestic media at a press conference around noon (0400 GMT) at Beijing's Great Hall of the People. The move will allow Xi to sail through to a third term as China's president, due to be formally announced during the government's annual legislative sessions in March. Xi previously abolished the presidential two-term limit in 2018, paving the way for him to rule indefinitely.